Toyo Ito is one of the most innovative and influential architects in the world. He is known for creating extreme concept buildings in which he seeks to fuse the physical and virtual worlds. He is a leading exponent of architecture that addresses issues in the contemporary 'simulated' city.

Born in Japan , Ito graduated from Tokyo University 's Department of Architecture in 1965. After a brief period at Kiyonori Kikutake Architect and Associate, he started his own office, Urban Robot (URBOT) in Tokyo in 1971. Its name was changed to Toyo Ito and Associates, Architects in 1979. With his Japanese constructions 'White U' in 1976 and 'Silver Hut' in 1984 he created the basis for new city living concepts. He developed a vision of mobile large city communities with the Pao Project, 'A Dwelling for Tokyo Nomad Woman', in 1985. ' Tower of Winds ' in Yokohama (1986) and 'Egg of Winds' (1991) are interactive landmarks. Royal Gold Medal from The Royal Institute of British Architects (RIBA) for 'Sendai Mediatheque' in 2006. Golden Lion for Best National Participation for the Japan Pavilion 13th International Architecture Exhibition at the Venice Biennale (Served as Commissioner) in 2012. UIA Gold Medal in 2017 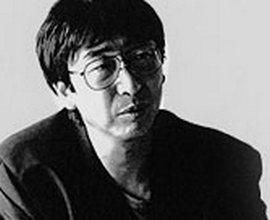