Born in London in 1953, David Chipperfield studied at the the school of the Architectural Association in his native city from which he graduated in 1977. He then collaborated with Douglas Stephen, Richard Rogers and Norman Foster before creating his own firm -David Chipperfield Architects- in 1984.
Since then he has executed projects in Europe, Japan and the United States, as much in the field of architecture as city planning, furniture design and interiors. He has had a special dedication to cultural projects, in particular the construction of museums. He has received numerous awards in recognition of both his public and private work in Germany, Italy, the United States, Japan and the United Kingdom. On various occasions, he has received the RIBA award (Architectural Award for the Arts and Leisure). One of his most appreciated works, The River & Rowing Museum Henley-on-Thames, United Kingdom has earned him various distinctions. RIBA awards were also earned for: the Kaiserstrasse of Düsseldorf office building and the First Church of Christ Scientist, in Richmond, Surrey, United Kingdom. 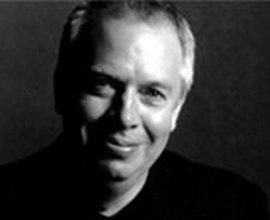