Jaume Bach was born in Sabadell in 1943. His partner at Bach & Mora, Gabriel Mora, was born in Barcelona in 1941. They graduated in architecture from the Barcelona School of Architecture in 1969 and 1966 respectively. They have won various FAD [Association for the Promotion of Decorative Arts] awards including for, amongst others, their designs for the station in Muntaner (1982), the Cavas Raventós i Blanc building (1988) and for La Caixa's Cultural Centre (1989). More recent commissions include the station in Sabadell (1993) and the Banc Sabadell Landscape building (2004). 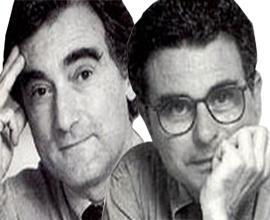